I arrived in Singapore a couple of hours ago, however I still have a couple of posts about Tokyo that I will publish over the next days. As already mentioned a couple of times it was virtually impossible to get an internet connection in Tokyo… So in this post I want to talk about Harajuku, the crazy fashion and fun district in Tokyo. It is located between Shinjuku and Shibuya.

Harajuku is considered the fashion district of Tokyo. If there is a new trend it is defined here and you will find anything from luxury fashion stores to small designer boutiques. I went to Harajuku twice: once on the weekend (sunday) and once on Tuesday. On both days it was extremely packed as you can see on the pictures below. It is like the Love Parade in Germany in terms of density. You will also find a lot of people in crazy cloths and costumes. The Japan Guide says:

Harajuku (原宿) refers to the area around Tokyo‘s Harajuku Station, which is between Shinjuku and Shibuya on the Yamanote Line. It is the center of Japan’s most extreme teenage cultures and fashion styles, but also offers shopping for adults and some historic sights.

The focal point of Harajuku’s teenage culture is Takeshita Dori (Takeshita Street) and its side streets, which are lined by many trendy shops, fashion boutiques, used clothes stores, crepe stands and fast food outlets geared towards the fashion and trend conscious teens.

In order to experience the teenage culture at its most extreme, visit Harajuku on a Sunday, when many young people gather around Harajuku Station and engage in cosplay (“costume play”), dressed up in excentric costumes to resemble anime characters, punk musicians, etc.

The streets. The experience when walking here can be very different from street to street and is changing rapidly. You have the packed major streets where it is almost impossible to walk and then the smaller ones with almost no people. The earlier mentioned tendency of fashion labels and stores to be very much centered around western ideals was even more pronounced here. In fact, below there is a picture of two guys hired to play british in front of one of the stores. 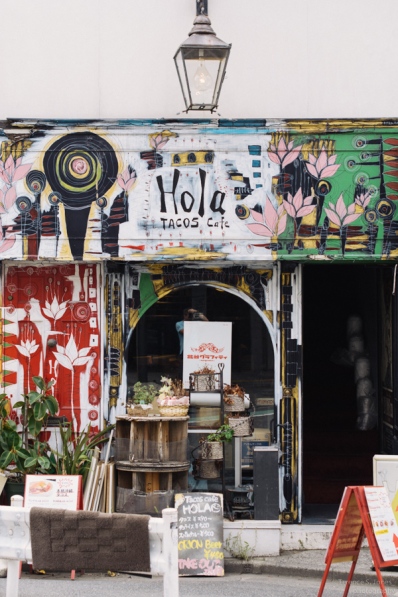 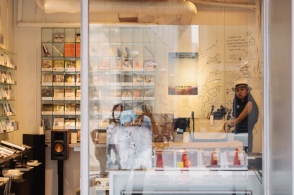 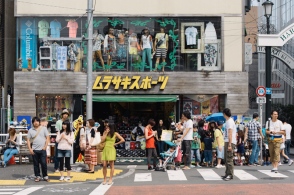 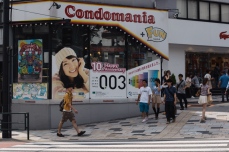 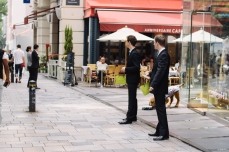 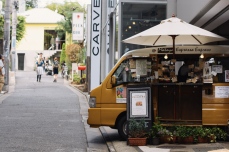 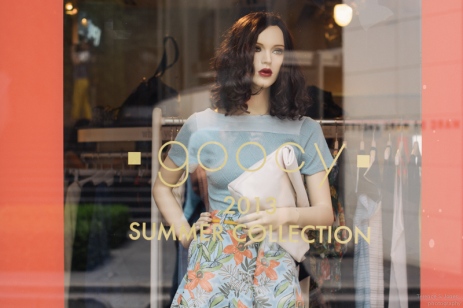 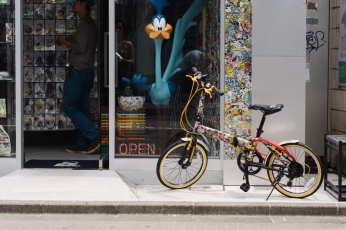 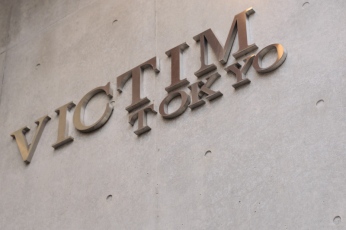 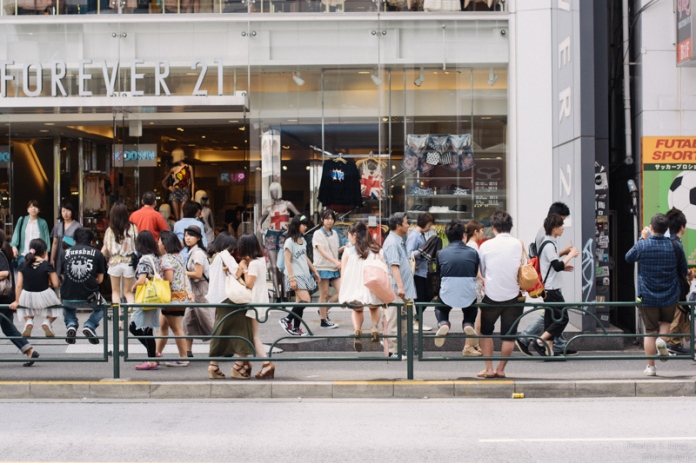 The people. Harajuku is known for it extreme teenage culture and when you come to see it expect some unusual sights of people being dressed up in crazy costumes. It is not as extreme or prominent as often claimed – nothing is eaten as hot as it is cooked (German proverb) – however you will definitely be surprised. I also accidentally crushed a wedding and ended up being the wedding photographers for a couple of minutes (you can see one of the shots below) 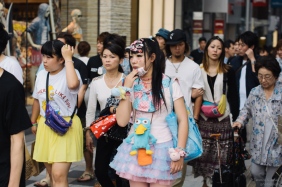 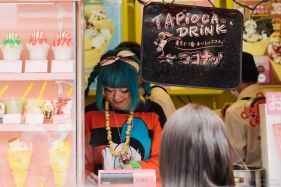 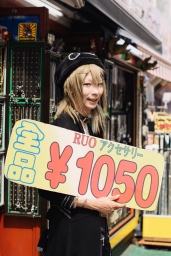 The photographers. This was actually my personal highlight: on one of the main streets you will find an unlimited number of photographers sitting on the side of the street and chatting up random pedestrians whether they are willing to act as model. They come fully prepared with model releases, reflectors, diffusors, make-up artists, etc. When a girl agrees, she can pick from a look book and then they shoot right in the middle of the street. In particular, my impression is that Japanese people are extremely camera shy – you will rarely find a person looking right into my camera on any of the shots. So I was even more surprised about the high-paced production line execution resembling quick commercial sex: after the job was done, the photographer headed back to the side of the street for the next gig. For this I was not prepared and did not even stand a chance.