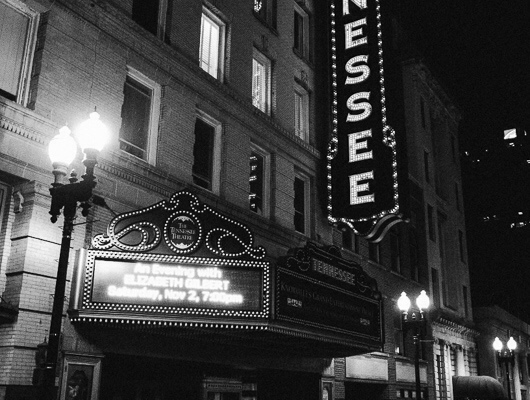 At some point in your development as a photographer (and in many other endeavors) you will realize that you slow down and you may even stop moving forward and progressing. In German there is a very nice word capturing precisely this moment: Stillstand. None of the english translations such as “standstill”, “halt”, “interruption” or “stoppage” really capture the same meaning. Maybe the closest is “stasis” – but it seems to lack to capture the progress that it negates, i.e., Stillstand arises from something that has been moving in the past and is not moving anymore.

To understand Stillstand we first need to understand the typical trajectory of the development of any skill set. Let us have a closer look at a specific phase of a skill acquisition strategy. The picture below depicts skill improvement over time. 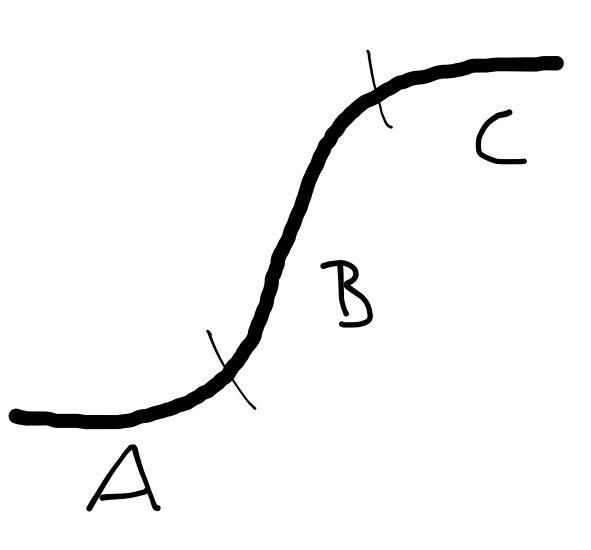 It is extremely important to understand that the phases above are not an exception but to be expected. When you drive on a highway than sooner or later you will be slowed down by road works. This is not a surprise but to be expected and to be priced-in into the system from the beginning. Put differently: nothing to worry about. 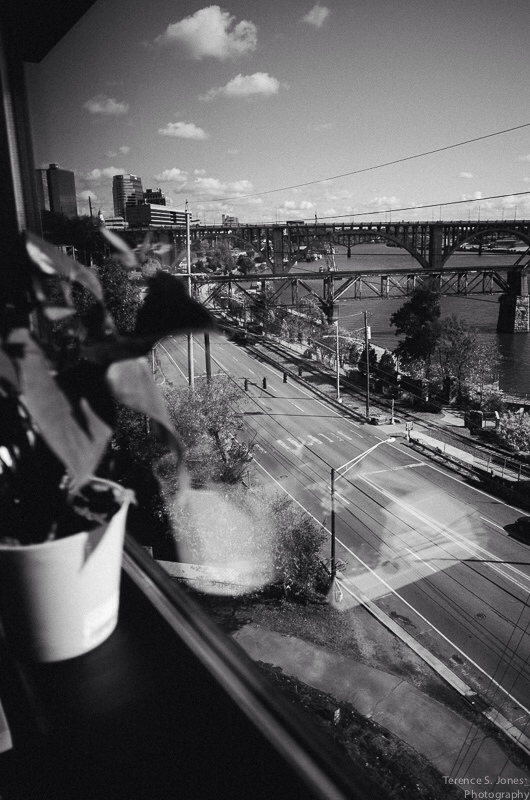 These slow downs in development processes are very common. And the question is not what to do if they happen, but what to do when they happen. First of all, don’t panic. Let us understand why we arrive at Phase C. The reason why we end up slowing down is that we have fully incorporated what a certain aspect of the problem could teach us. For example, having learned how to correctly expose your shots will dramatically improve your pictures, however once you master exposure there is little to be gained from it to improve further. In fact, the deliberate violation of rules of good exposure, the natural next step, can only be learned when we actually do not work on ‘improving exposure’ – we have to unlearn. To continue improving, we will need to change to the next regime. The figure below depicts the processes in a schematic way.

Leaving your shell. A good analogy is a crab that needs to change its shell once in a while. If it stays in its old shell it cannot grow further, however moving to a new shell is a bold step (from Animals)

A hermit crab’s shell is more than his house; […]. It’s a big deal if a crab decides to give up his shell. Often it’s because he’s decided to trade shells, but sometimes a crab will have more serious reasons to abandon his home.

In fact, this very nicely captures the overall problem. We grow comfortable in our shell – it is where we know how to improve our skills. It gave us confidence and a ‘last resort’ that was predictable and available. Now, leaving it behind is huge. Compared to the crab, the major difference is that we do not easily switch from one to the next, rather we have to develop and build the second one, while being exposed. There is no point in switching to a new philosophy or approach while still clinging to the old one, i.e., no work on the new shell while being with our butt still in the old one. While transitioning between regimes you will become very vulnerable. In fact, while frightening, it is this vulnerability that reinforces an authentic switch of regimes. Expect this to be the time when you get regularly beaten up. This is when you take heat and you have to endure…

So how far can you go? It is only limited by how many hits you can take. If you survive the C-phases and you manage to switch to a different acquisition strategy you are fine.

This however is only part of the story. In particular we need to adjust our approach to Phases A and B as well as treating the occurrence of C as surprise is dangerous – a friend from Russia once told me that although [very cold] winter is coming every year, it is easy to ignore it until it is there and act surprised.

Prepare for the dip. Once we understand that we will inevitably end up in Phase C and we will need to switch regimes, it is good to be maybe be a bit better prepared, so that we are not hit that hard. What we do not want to do is to follow a memento mori type approach and constantly remind us that this ride is going to end. This is going to make us paranoid, besides it is not ending, we will merely need to change the bus and when your stop is coming up, it is easier if you are close to the exit. We will need two things to prepare for the dip. First of all, we will need some type of indicator that indicates an imminent phase transition to Phase C. Here I like to agree with Drucker: ‘what get’s measured improves’. So how do we measure? We do not need some crazy quantification as this will constitute some problems in itself. However, in fact we have a very good feeling when we are slowing down. It is precisely, when you start to be dissatisfied with your work more often than not. So this one is easy. The other is to acknowledge the imminent transition and not to ignore it. So both are fairly easy and all it takes is some honest reflection. This brings us to the preparation part. 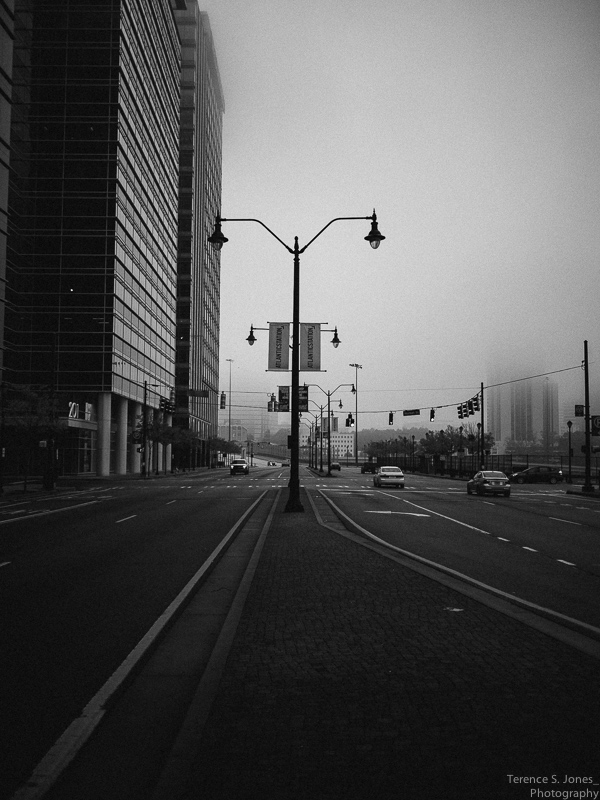 Running a mix. If you took a serious beating from the last regime switch you went through, you will need to reenergize yourself and rebuild confidence before you are ready for the next beating. Trying to rush through the next phase is a bad idea: you will reach the next leveling out too early and you might not have strength going through it so early again, drastically increasing the risk of you quitting. That is why you want to run a mix. Spend 10% on the old regime, 60% on the new regime, and 30% to develop an idea what the next regime to switch to might be (the numbers are an indication only of course). This will slow you down a bit—which is not a bad thing—while preparing you for the next regime and consolidating the old regime.

Adjusting the mix. At some point we might be realizing that we are running out of steam: while investing more and more time we get out less and less. This is the when we are in Phase C and close to leveling out. Having realized this it is time to shift the attention more towards the new regime that we identified beforehand. For example, we might be moving from a very much exposure-driven shooting style to one that is heavily dominated by composition to learn the compositional aspect. It is important to realize that once we enter the new regime, we essentially start at zero. While we learned something about, say, exposure, this does not easily translate to a deeper understanding of composition (this does not preclude later integration of the two). In fact, most skills do not transfer and only a very limited set of meta-principles can be transferred – that’s what makes the game so hard.

Beware of trying to skip the drag. So if the transition from one regime to another is so stressful, why don’t we then try to make it as fast as possible to minimize the pain? There is a very nice passage from “Zen Mind, Beginner’s Mind” that nicely lays out, why we do want to go through the process consciously, at a reasonable speed, and why we should not try to cut it short or even skip it:

After you have practiced for a while, you will realize that is is not possible to make rapid, extraordinary progress. Even though you try very hard, the progress you make is always little by little.

It is not like going out in a shower in which you know when you get wet. In a fog, you do not know you are getting wet, but as you keep walking you get wet little by little.

If your mind has ideas of progress, you may say, “Oh, this pace is terrible!” But actually it is not. When you get wet in a fog it is very difficult to dry yourself. So there is no need to worry about progress.

Creating momentum. This brings us to the last part. Adjusting how we deal with Phase A. We just came out of the dip, managed to switch to a new regime, and suddenly everything feels light again and we are uplifted and content with ourselves. Rather than forgetting that we just came out of a dip, this is the point when it is a good time to reflect. In fact, we need to throw out some of things that we needed to progress to the current level and  that will be of hindrance for our future goals. In particular, all the cynicism that helped us through the dip has to go now. Moreover, we want to create some momentum here to ease the next slow down.

One thought on “Stillstand”