This is my 4th stranger. The guy is a snake charmer working in Langkawi close to the eagle square. There are actually quite a few snakes out here and I thought that he is quite representative for the island. The shot is slightly out of focus because the guy was moving too fast, playing with the snake for the camera and against the setting sun which blew out the sky 😦 But I guess, one cannot always choose. 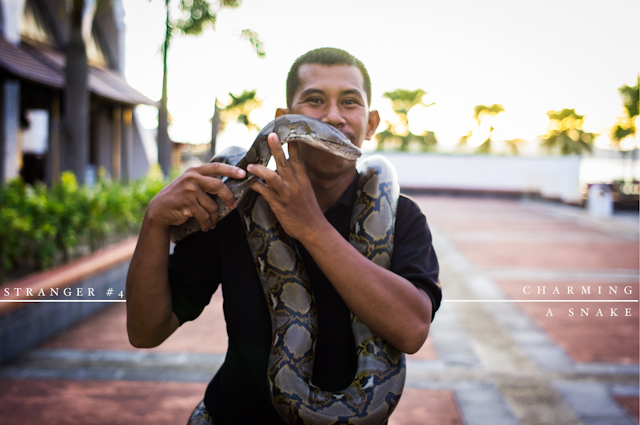 While I said yesterday that the sunset was amazing today it was even more spectacular. Here are two more cheesy shots: 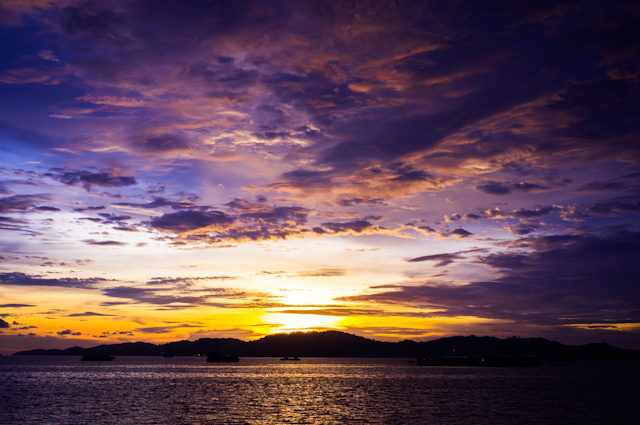 So I finally arrived in my hotel room with a lot of impressions from the first day. When I got up this morning the sky was a bit cloudy and overcast. From a photographic point this is more interesting of course because you get nice cloud formations on the one hand and on the other hand you do not always have to fight with “blown out” highlights – these are the white patches in pictures where the sky is supposed to be 😉 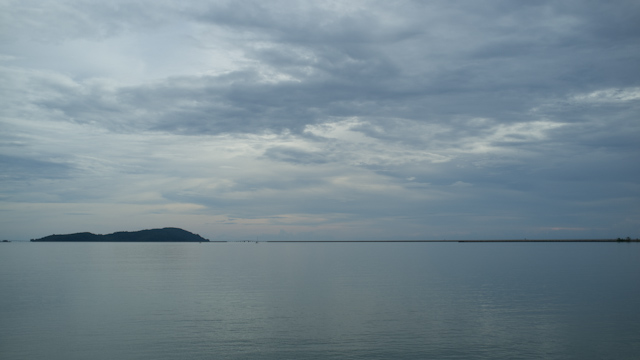 So we decided to go for the cable car to go up to the sky bridge and the viewing platform. While this was risky in the sense that it was very well possible that the clouds will block the view, we still thought it would be a nice idea.

In fact, the clouds did block the view as we had to realize pretty soon while getting up with the cable car. 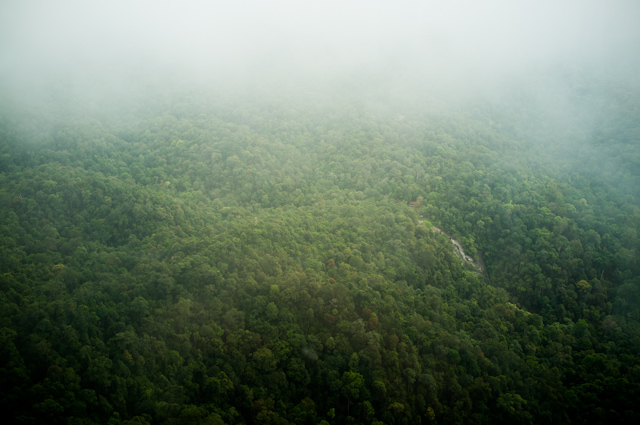 I have been to several cable cars in my life but what is most impressive about this one is the last stretch when it goes up really steep. It feels almost like you are running into the mountain. 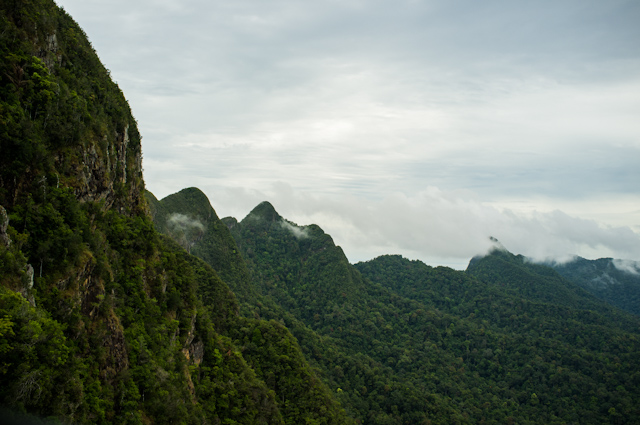 Once up on the platform it was really like being in the middle of a cloud. So how “thick” is a cloud? To give you guys an impression check this out:

While I was a bit sad that we could not really see anything of the beaches, the ocean, and the villages of the island, I have to admit that I really loved this cloudy atmosphere. It made all the difference.

At some point we had to leave because the clouds got so intense that you could not see anything anymore.

It was still early, so we decided to continue with something more cheesy and less risky: a duck tour trip. I knew this idea back from Boston and it can be quite nice if well organized. The main “thing” about the duck tour is that you are in an amphibian vehicle which can drive on roads and swim in water (these are old landing vehicles, typically from the US army). The tour itself was a bit unspectacular. Here are two shots of things that I liked on the trip. The first one is of these small fisher boats. They are very colorful and authentic – not flashy and fake as some other things here.

The next one is the complete opposite of the one above. Only fancy yachts. 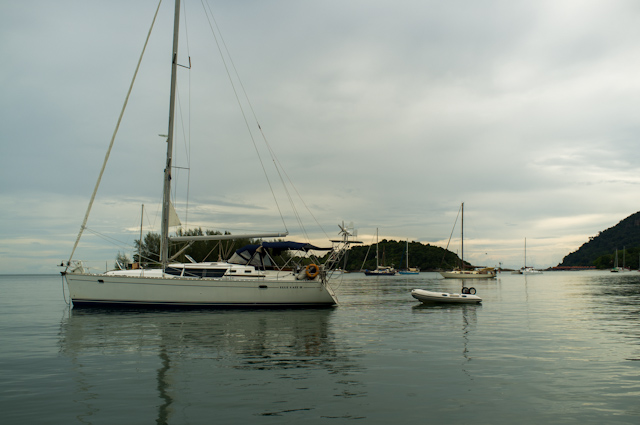 To finish you off, let me close for today with some sunset shots – yes they are mandatory on such a trip. The sunset here is really amazing. I haven’t seen something that colorful and intense in a long time. 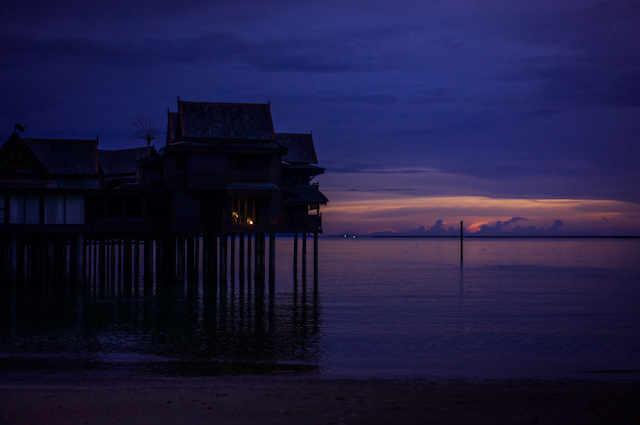 For the gear heads – including myself : All the pictures from the viewing platform, cable car, and the boat trip were shot with the Fujifilm X100 and the remaining one with my Leica Summicron 35mm on the Sony Nex-5n.