I hope you guys had a good start into 2016. Today I have some shots from Tokyo for you that are from by “b roll”. Initially I did not want to share those as they are out of context. But at the same time, some of them are so interesting in their own right that I thought I’d share them.

The opening shot from above is from one of the nights where I headed back to home to get some rest. It is quite late, the trash is on the streets to be picked up the next morning and a good 50-100m in front of me are two completely drunk “salarymen” (サラリーマン). These Japanese office workers (white-collar workers) tend to work extremely long hours, and then after work often are expected to (binge) drink with their superiors and colleagues, which is referred to as nomikai (飲み会) – literally translated: drink (飲み) meeting (会). There are different variations and forms out there and, e.g., on the university/college level (where these are commonly referred to as konpa (コンパ)) they can take quite some excessive forms. The result is that often late at night you will see a significant number of well-dressed drunk men on the streets. If you are really late out you might even see some sleeping on benches or subway stairs, when having missed the last train back home. Together with the extremely long working hours this can be quite taxing, sometimes leading to karoshi (過労死): death from overwork – more recently this seems to have been a bigger issue, although it is unclear to which extent this is subject to a perception bias.

The next shot is from the balcony of my hotel in Roppongi Hills (六本木ヒルズ). Every time, when I am looking at the Tokyo skyline, I am impressed with the density. The buildings are often not as high as, e.g.,  those in New York City (presumably, and I am speculating here, because they are often much older or maybe due often occurring earthquakes) but they are tightly packed together leaving only very little space in-between. Then suddenly you will find patches of green, a pool, and an elevated highway winding through trenches formed by skyscrapers. 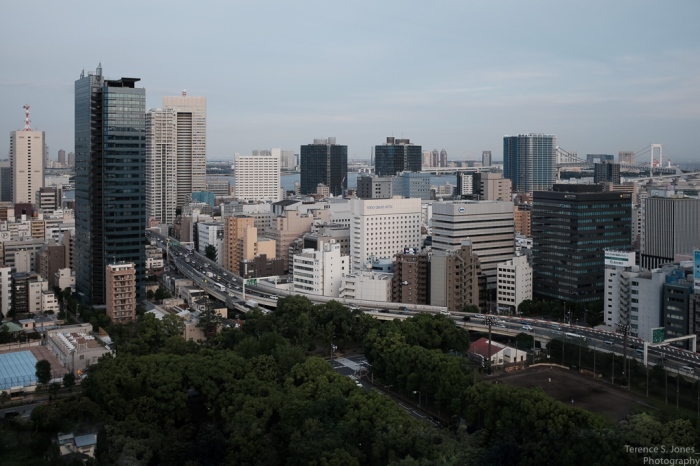 I just love the next image for so many reasons. It combines the high density of Tokyo with the small islands of calm that you find here and there. People in the background are rushing in the rain, squeezed next to each other, navigating their umbrellas through the crowd. At the same time, the woman in the foreground is enjoying some quite time, isolated from the masses, napping on the terrace. 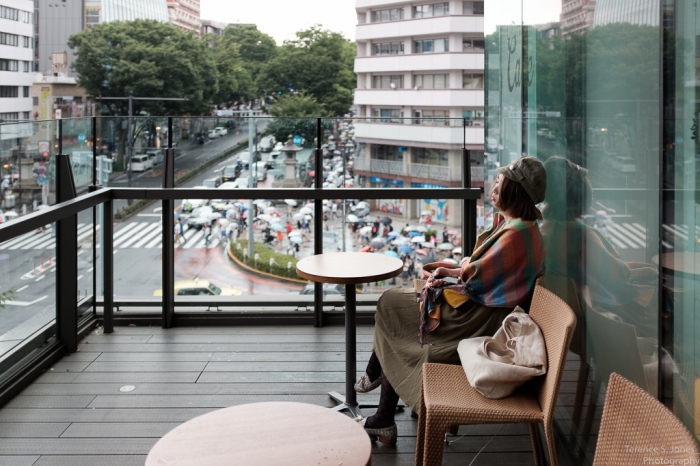 Having read the above about the drinking culture in Japan, you might be thinking that it cannot be that bad: to provide some perspective I thought I would nicely complement the shot from the introduction with the one below of a warning sign in the subway…

A typical scene at any train station, people are sharing the trains to go from A to B, yet they are in their own world, mostly engaged with their cell phones or other digital gimmicks. 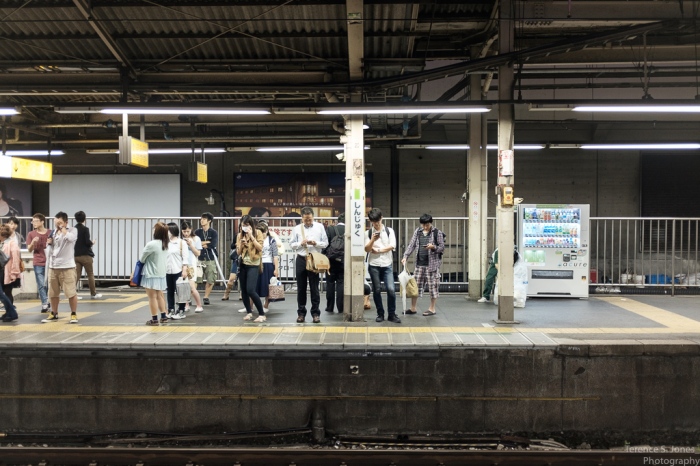 A candy-shop in Harajuku (原宿) I believe: Extremely colorful. Often these shops here have an extremely colorful and dressed-up person in front on the street (here on the right) to lure in people. Often that person becomes an attraction in his/her own right. 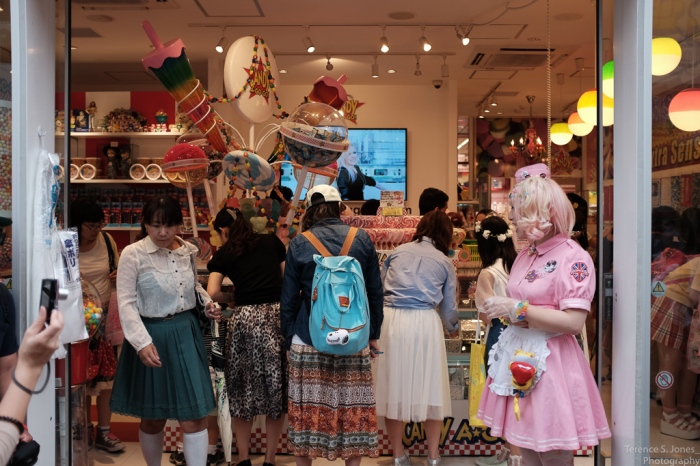 I just love this one. When I was standing there it took me a couple of minutes to figure out what was really going on. It literally looks like as if someone dropped a huge concrete cone right in the middle of the city between houses and taller buildings. I still need to figure out what this building is about. Also, what was there first? The cone or the other buildings? 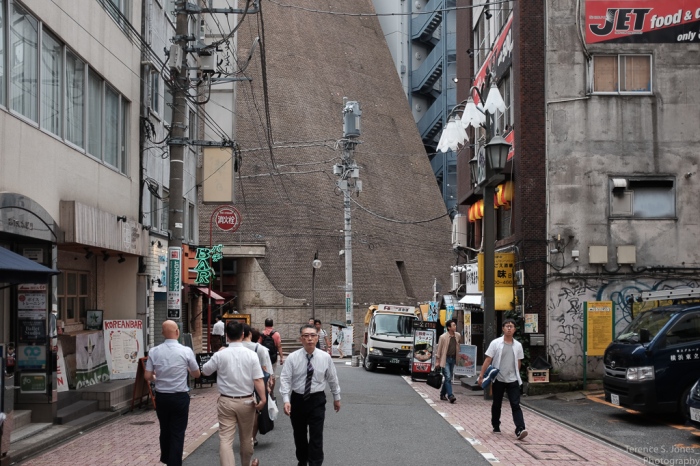 So much for now —TSJ.